Breaking Glass Barriers to the Verse

What are the key goals that augmented (AR) and virtual reality (VR) displays must meet, in order to fulfill the many promises of the many hyped “verse” experiences ? What technological advances could re-create the desired human sense of “presence”, in synthetic realities ?

VR & AR are unique in our industry, in that they have already been the subject for visual storytelling for over 30 years, and yet still seem to remain out of reach and common use. They have the potential to elevate the humble visual interface, to the role of core protagonist, in a fictional interactive universe. And have already attracted the attention, wonderment, speculation and investment, of all the major players in content, software and hardware. Yet, for all the attention and high expectations, this vehicle is still, as yet, far from delivering the desired sense of presence. How might the continuing story of VR & AR development play out? Which classical plot might it follow: “Prometheus the Fire Bringer”, “The Labors of Hercules”, “The Apple of Discord”, or the opening of “Pandora’s Box?

This talk will identify some of the key requirements, issues, milestones, and innovations, that have-shaped and will-shape, the reality-visualization industry. And elaborate on the technical challenges and new opportunities, as well as some key innovation paths, potentially solving the lingering issues to make interactive synthetic reality successfully prolific. 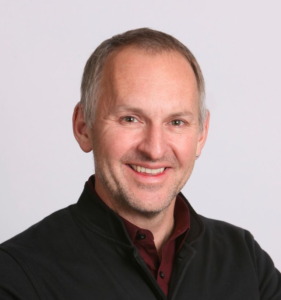 David Wyatt is the CTO of PixelDisplay, a company he co-founded in 2015. David is the inventor of PixelDisplay’s VividColor, NoBlue, NanoBright, and SmartPixels technologies that give system developers better visual solutions and leading-edge intelligent MicroLED. David originates from rural Australia, the country where he studied Electrical Engineering in South Brisbane College, and earned a Bachelor’s in Computer Science at University of Queensland, before following his engineer passion for both hardware and software into entrepreneurism. He founded his first startup in Taiwan, learning Mandarin on the fly, before finally coming to the US through an acquisition.

Prior to founding PixelDisplay, David was a Distinguished Engineer, at NVIDIA for 9yrs, leading technology developments on GPU’s and Tegra, including inventing NVIDIA’s Hybrid Graphics, and G-SYNC technologies. Before NVIDIA, David was a Chief Engineer, and Platform Architect at Intel for 8yrs. He previously held lead engineering roles in early fabless graphics pioneers including Weitek and Chips&Technologies. With over 20 years’ experience in Silicon Valley, David’s many pioneering innovations cover a wide range of disruptive technologies: thinner-lighter-faster portable devices, high-performance compute data-center systems, smarter displays and lighting, nanomaterials and more. David has more than 100 issued US patents, out of over 200 patents filed internationally, across a wide variety of areas. David’s IP has become an integral part of industry standards (including VESA, HDMI, HDCP, PCI, USB and JEDEC), and key features on products including those from Apple, Google, Intel, Microsoft, NVIDIA, Lenovo, Sony, Xiaomi and many more.